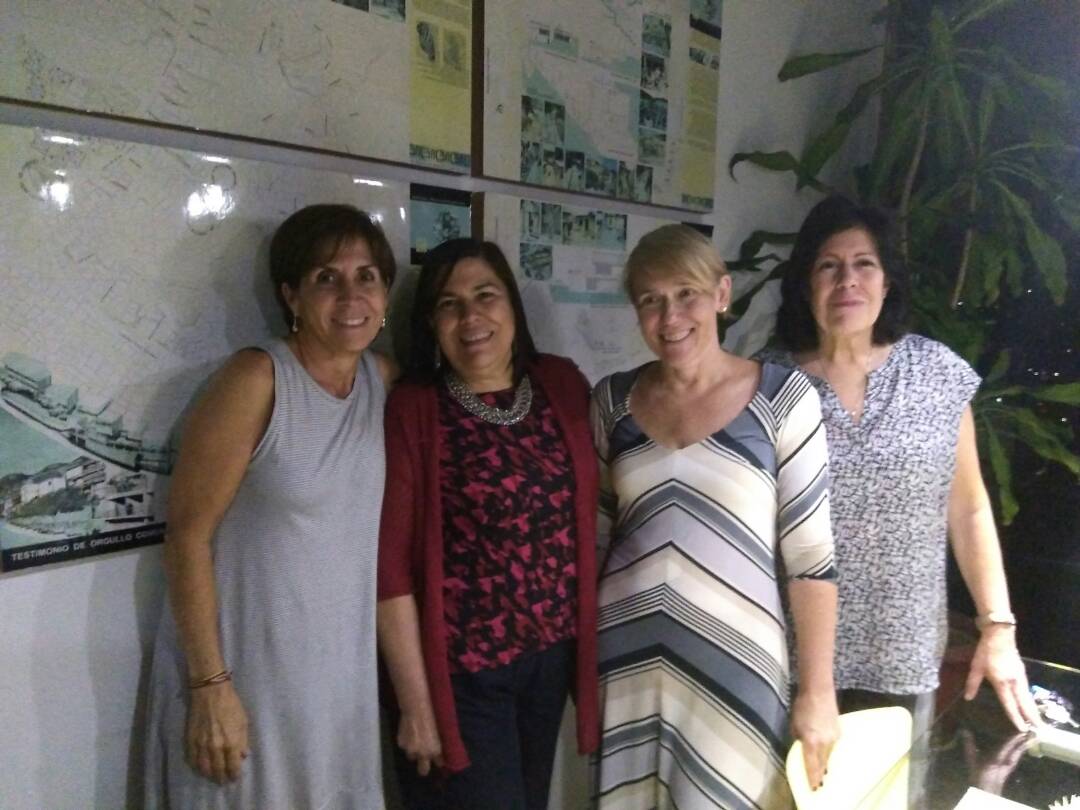 Due to their 30 years of working together from Caracas, and for their new stage in which they will continue collaborating from different geographies such as Houston-Texas, Valencia-Spain and Punta Cana-Dominican Republic.

Thankful to be able to have accompanied them in different projects and waiting for new times. 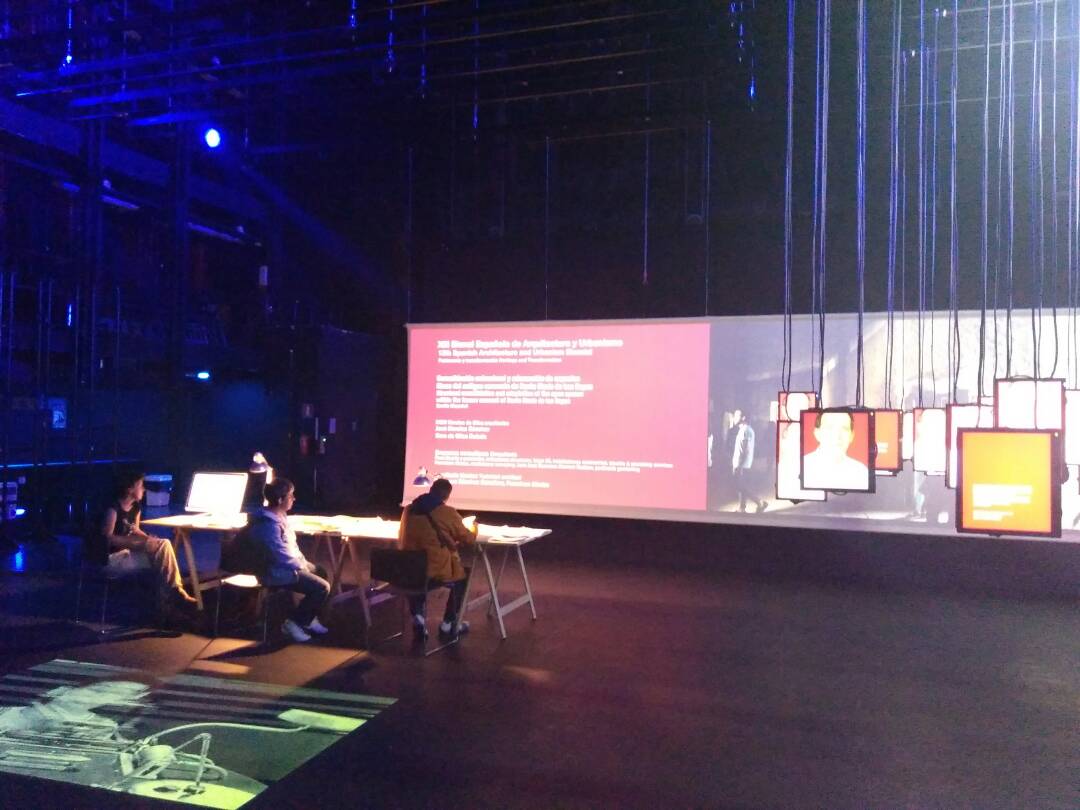 The exhibition presents the general panorama of the production of Spanish architects from January 1, 2013 to December 31, 2015, through several proposals, where domestic and small-scale interventions prevail over large projects. 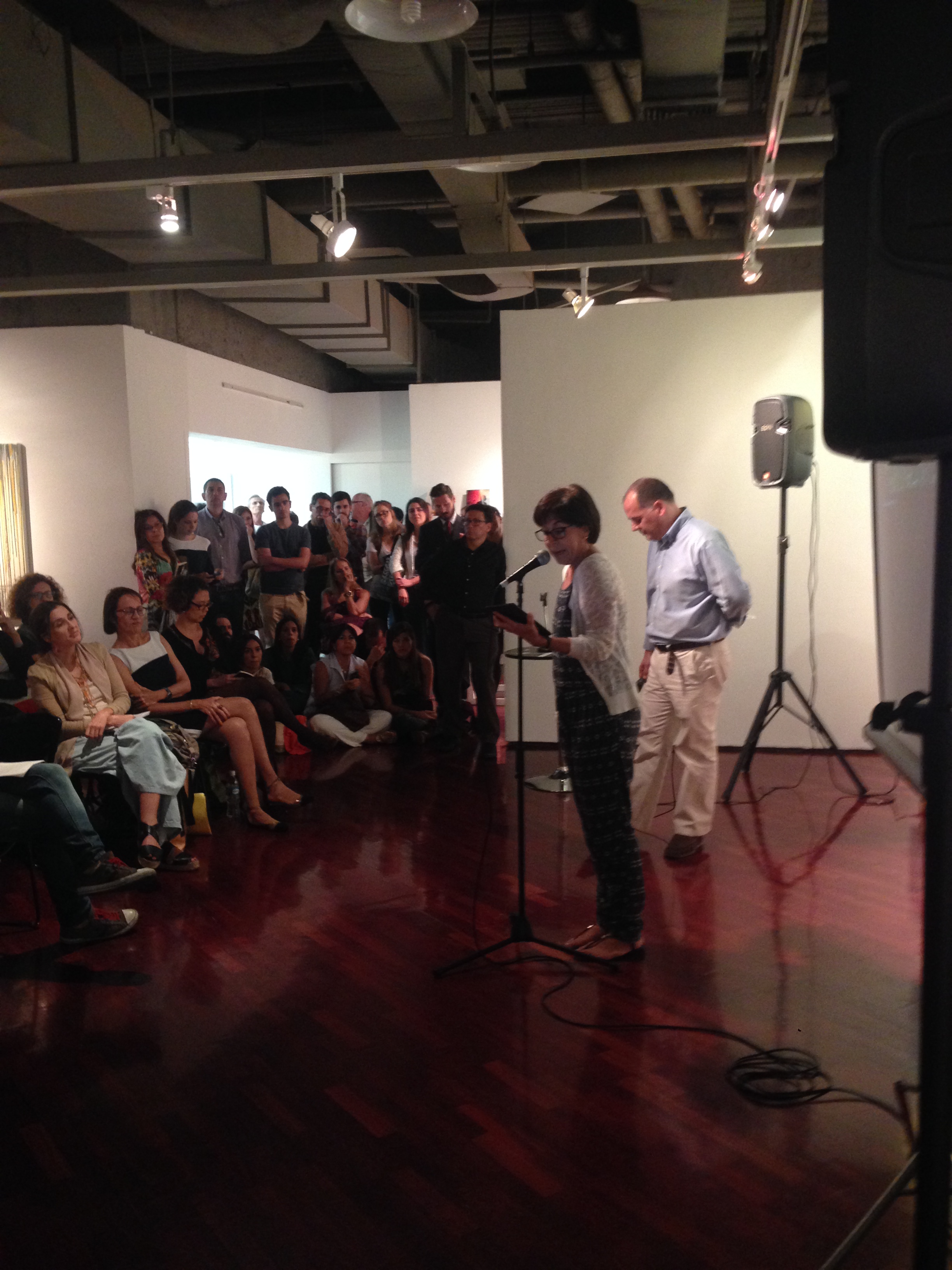 Together with Elías González.
PechaKucha Organized by Docomomo Venezuela.

This presentation is the first in a series that aims to celebrate Caracas and rethink its imminent future. Share the thoughts, projects and urban dreams that we are all working to build a better future for our city. 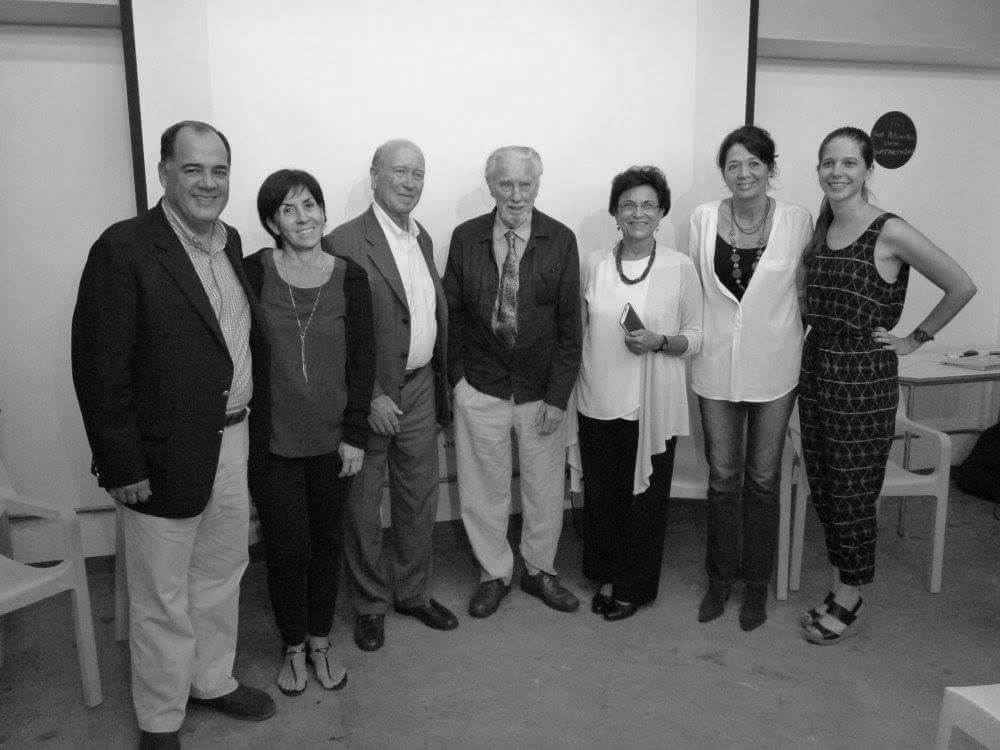 The Company of the Works Venezuela (CDO Venezuela), the Impact HUB Caracas and the Venezuelan Society of Landscape Architects carry out the meeting “Places of Common Good: The Park of the East”. The proposal seeks to highlight the importance of Parque del Este from its origins as a space for the meeting of citizens and live example of what a work dedicated to the good of all means. 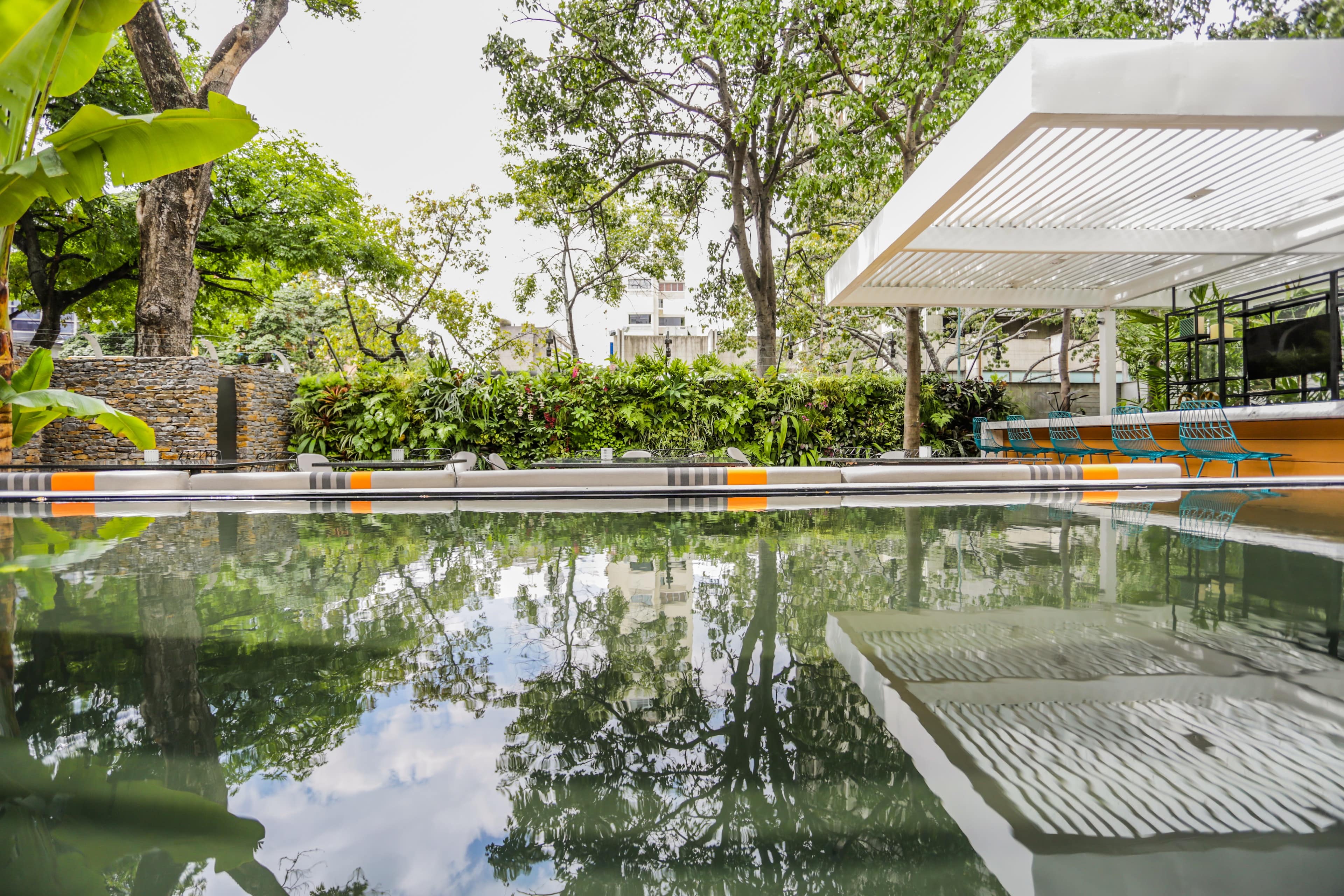 To read the full article in DecoNews and Complot Magazine. 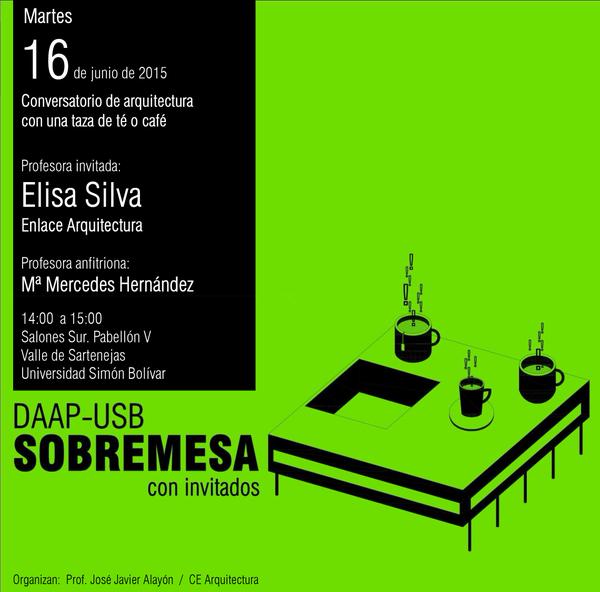 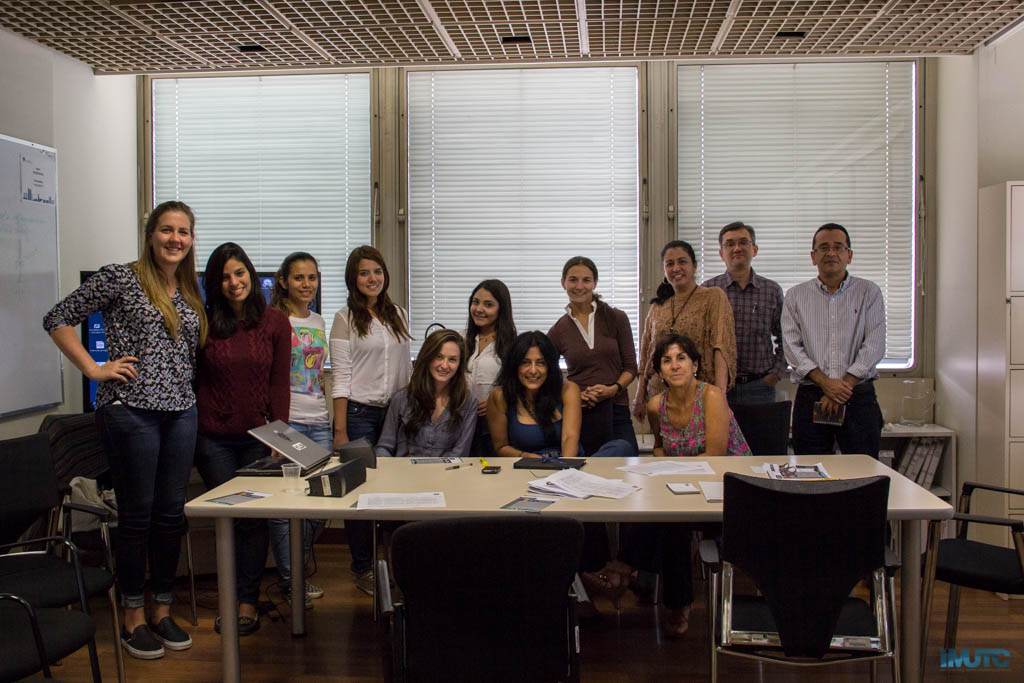 In this case, students of Architecture of the Universidad Simón Bolívar, focused the division of the north and south of the city to generate possible routes that would improve the mobility of the people of Caracas.

In a presentation to the board of directors of the Caracas Metropolitan Metropolitan Workshop Institute, the group of young people belonging to the Taller Vertical group of the USB took into account certain indicators of traffic flow in the Metropolitan Area that can be used to generate alternative routes that go through above the main channel of the city and that would be able to lighten the volume of cars in critical hours.

11.2014 PARTICIPATION AS JURY IN THE XI NATIONAL ARCHITECTURAL BIENNIAL. 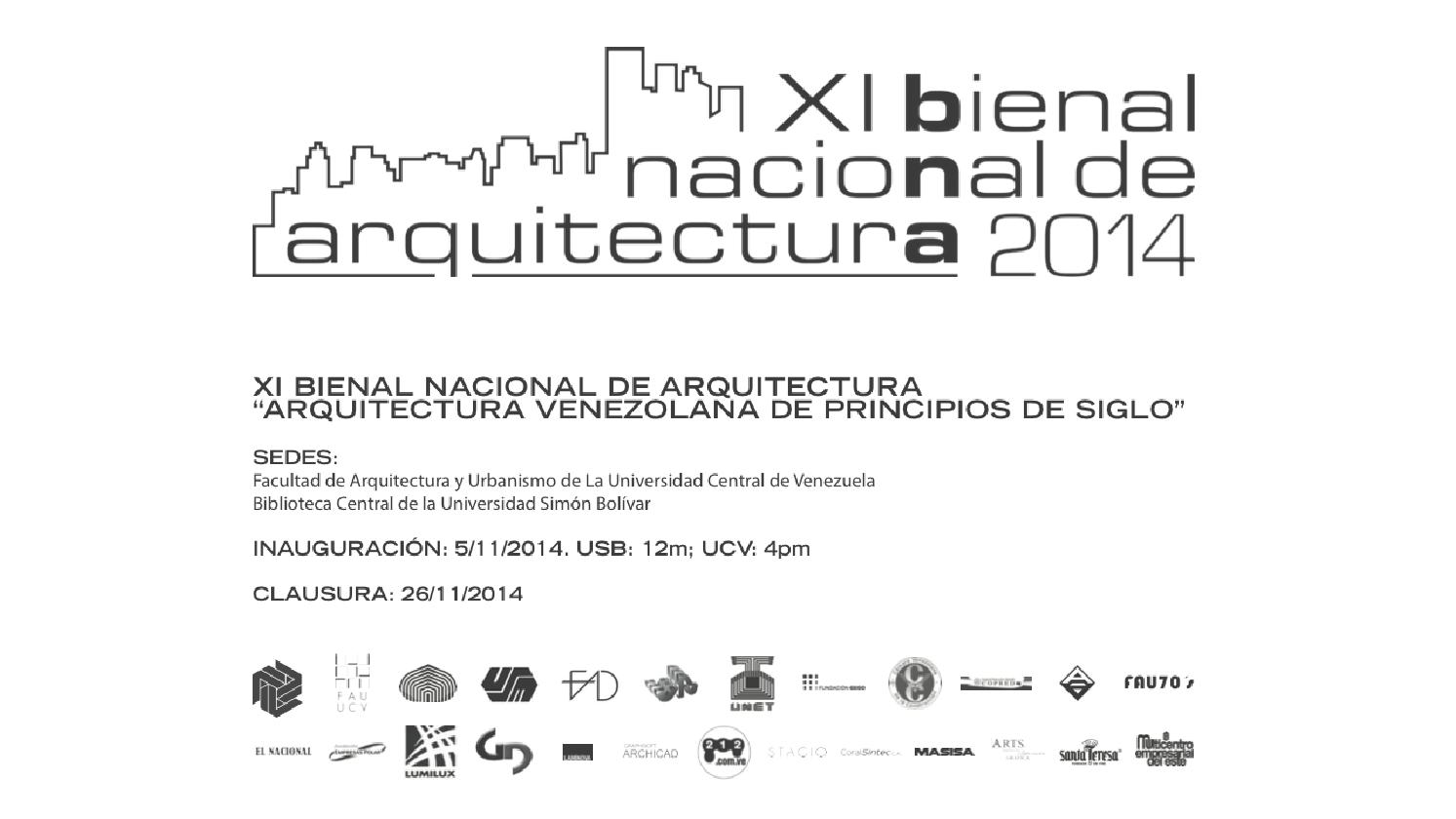 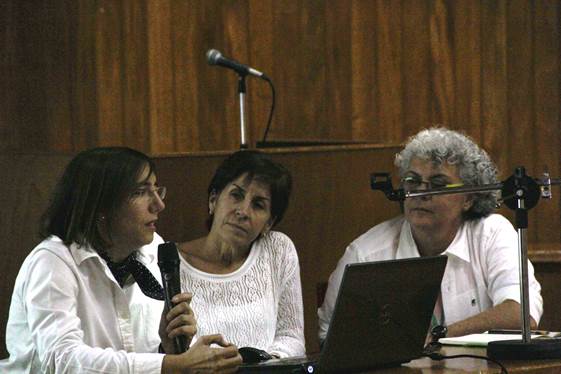 The aim is to return to the theme of the landscape from the scale of the garden of the city, and its perception of citizenship, to the vision of the academy.

Organized by the Venezuelan Society of Landscape Architects (SVAP).

Lecture: The profession and training of the landscape architect in Venezuela. 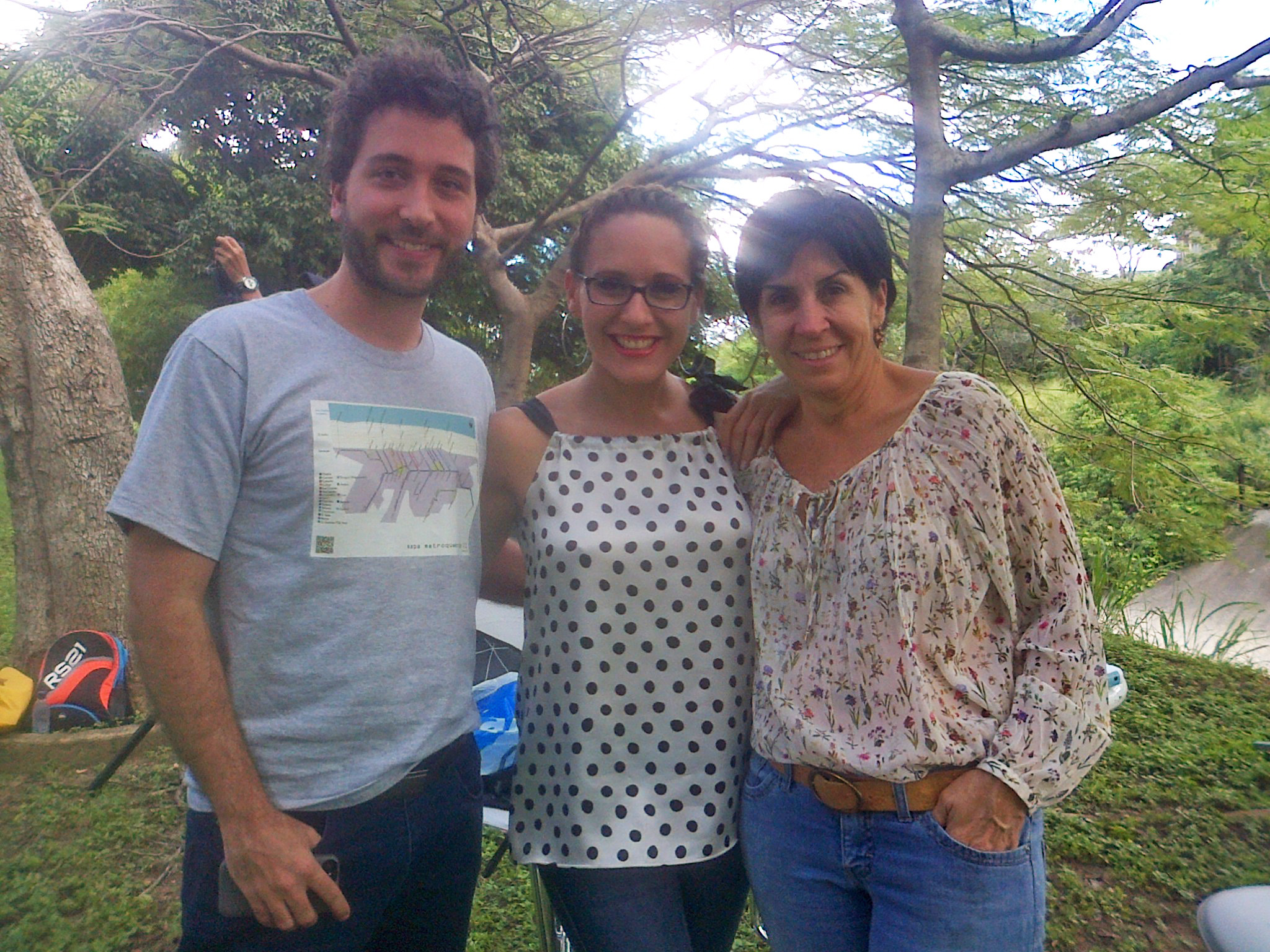 Next to the architect Roberto García of the Colectivo 1061 office and the journalist Jeanelie Briceño. To see the interview, click HERE.

10.2013 PRESENTATION AT THE FORUM “CARACAS, A RIVER OF OPPORTUNITIES” 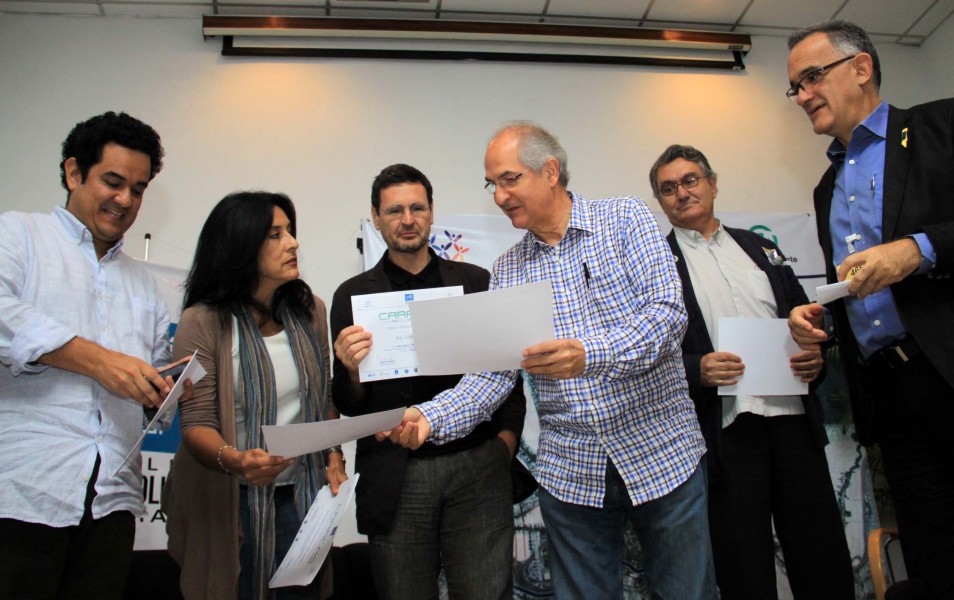 The mayor Antonio Ledezma brought together important personalities from the world of architecture and urban planning, such as Ginés Garrido, Pedro García del Barrio, Carlos Betancourt, who insisted that it is necessary to make Caracas a city with better public spaces for recreation, sports and recreation, education and health. The architect María Isabel Peña allowed a panel made up of qualified experts such as María Mercedes Hernández, Guillermo Barrios, Frank Marcano, Vilma Obadía and Enrique Larrañaga to discuss the different scenarios for the urban renewal of the city, where the Guaire River serves as an integrating element , life, environment and sustainability. 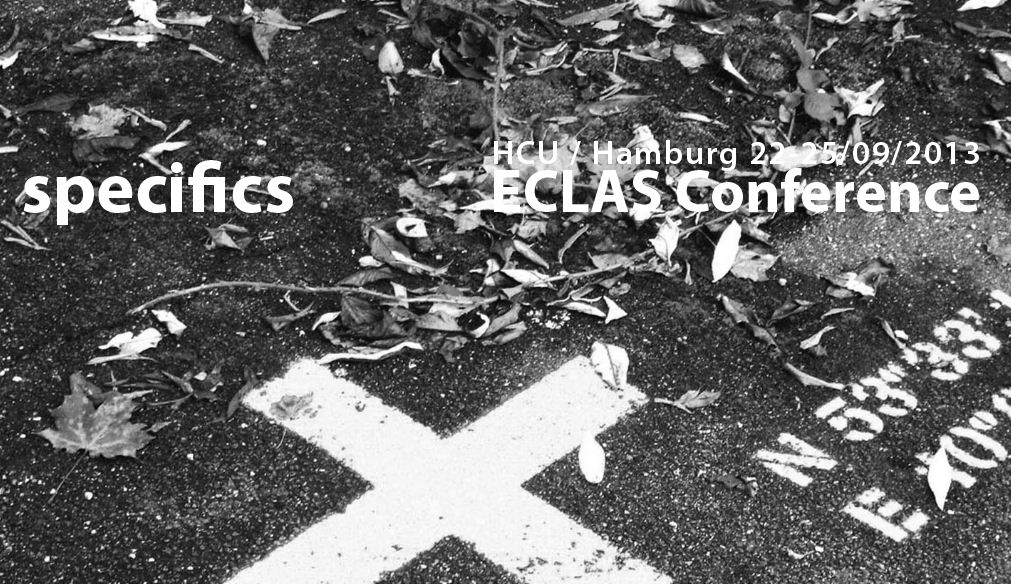 Presentation of the abstract ReDrawing Equity at the European Council of Landscape Architecture Schools conference. 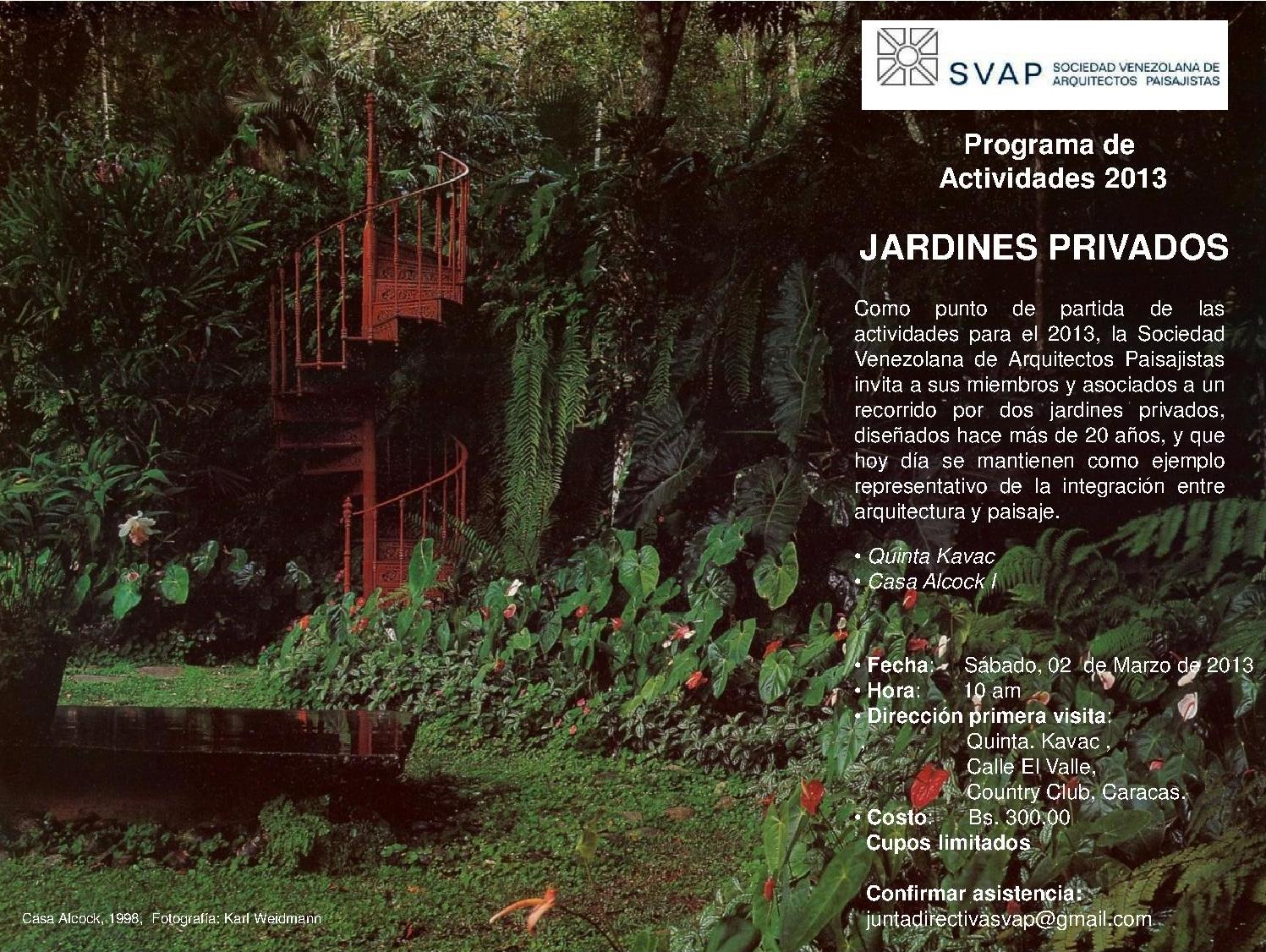 Tour through the private gardens of Quinta Kavac, designed by John Stoddart, and Casa Alcock I, designed by Carolina Punceles Gil de Alcock.

01.2013 URBAN AND TALCUAL DIGITAL PLATFORM PUBLISH REVIEW ON “INTERVENTIONS OF PUBLIC SPACES IN NEIGHBORHOODS OF THE SUCRE MUNICIPALITY” 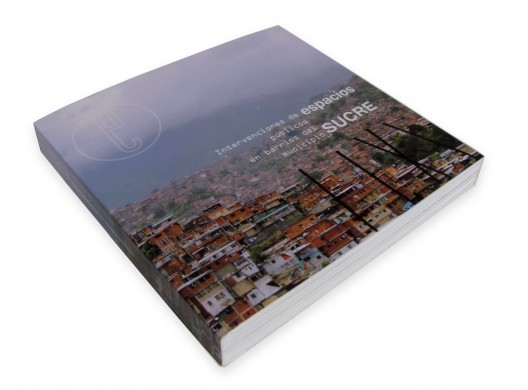 Since 2009 and in a sustained manner, students and professors of architecture at the Simón Bolívar University have joined the experience in urban, architectural and landscape projects in neighborhoods. With the program “Espacios Sucre”, almost 40 conceptual visions have been developed for parks in various areas of the Sucre Municipality, demonstrating that academic institutions are placed at the service of the communities and public institutions aspire to improve the quality of life of the population.

To read the full article in Plataforma Urbana, click HERE.

To read the article in TalCual Digital, click HERE.

01.2013 PUBLIC SPACE INTERVENTIONS IN NEIGHBORHOODS OF THE SUCRE MUNICIPALITY 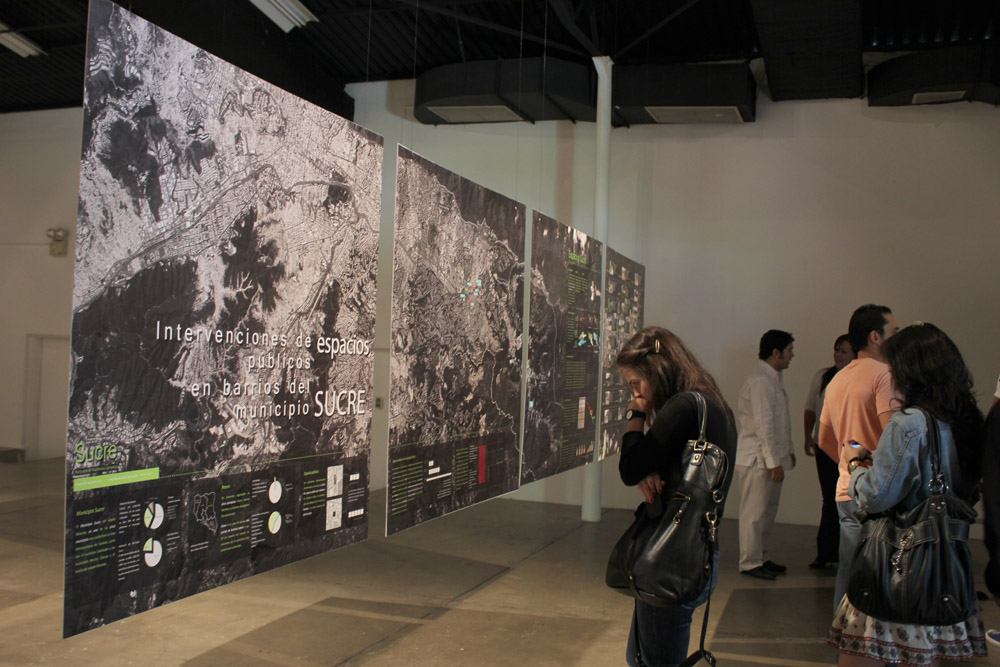 Presentation of the book “Interventions of Public Space in neighborhoods of the Sucre municipality”, with the support of the City Hall of Sucre, the Espacio Foundation and the Simón Bolívar University. In addition to the intellectual and curatorial support of the Galpones Art Center.

07.2012 PARTICIPATION AS JUDGE IN THE SELECTION OF PROJECTS FOR THE DAC AWARD (DESIGN, ARCHITECTURE AND CONSTRUCTION) 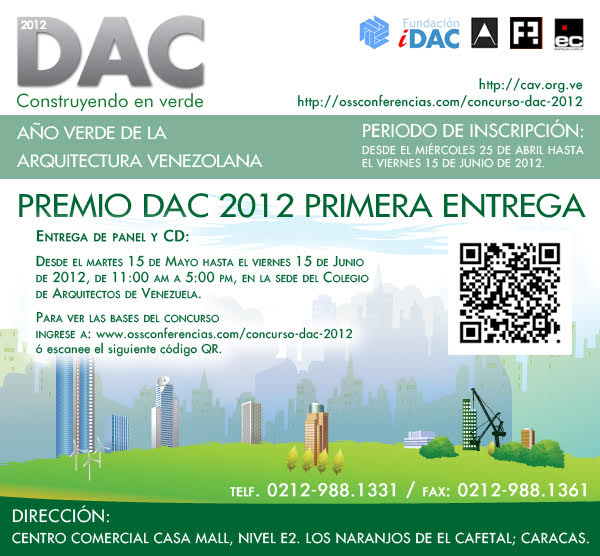 Organized by the College of Architects of Venezuela (CAV) and the IDAC Foundation. 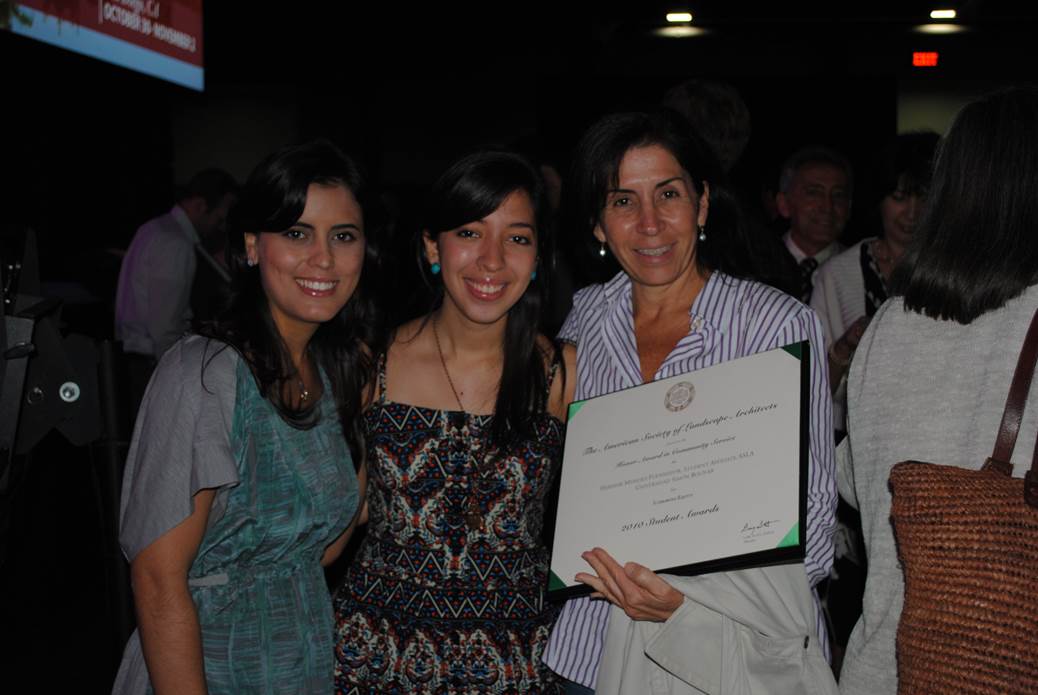 Together with Rebeca Novoa and Fabiola Meignen, receiving the award granted by ASLA in the Student Awards Community Service, for the work done by students of Architecture of the USB in the parks of the Sucre Municipality. 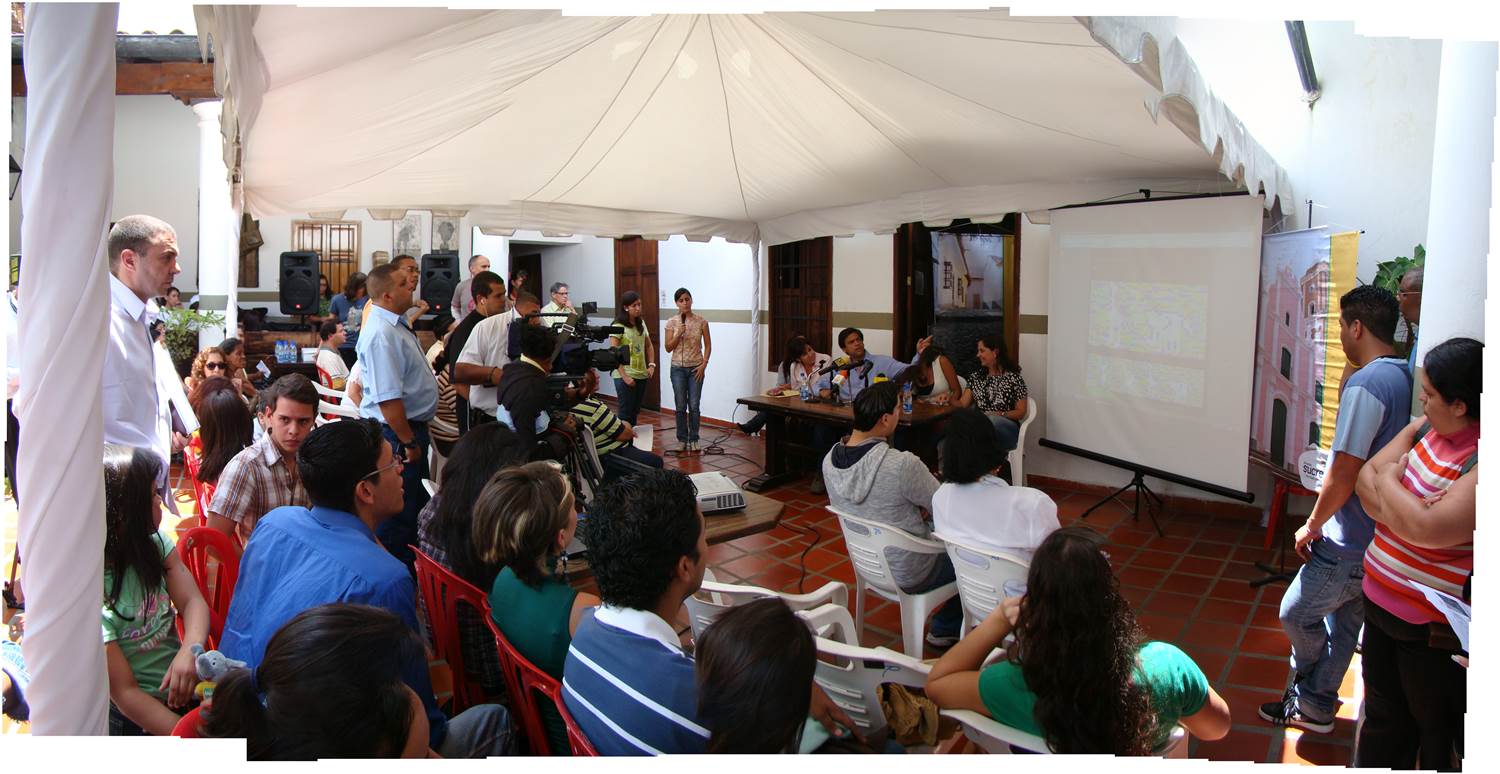 Presentation by students of Architecture of the USB to Mayor Carlos Ocariz and the communities of the municipality, of the new visions and proposals of the Parks of Sucre. 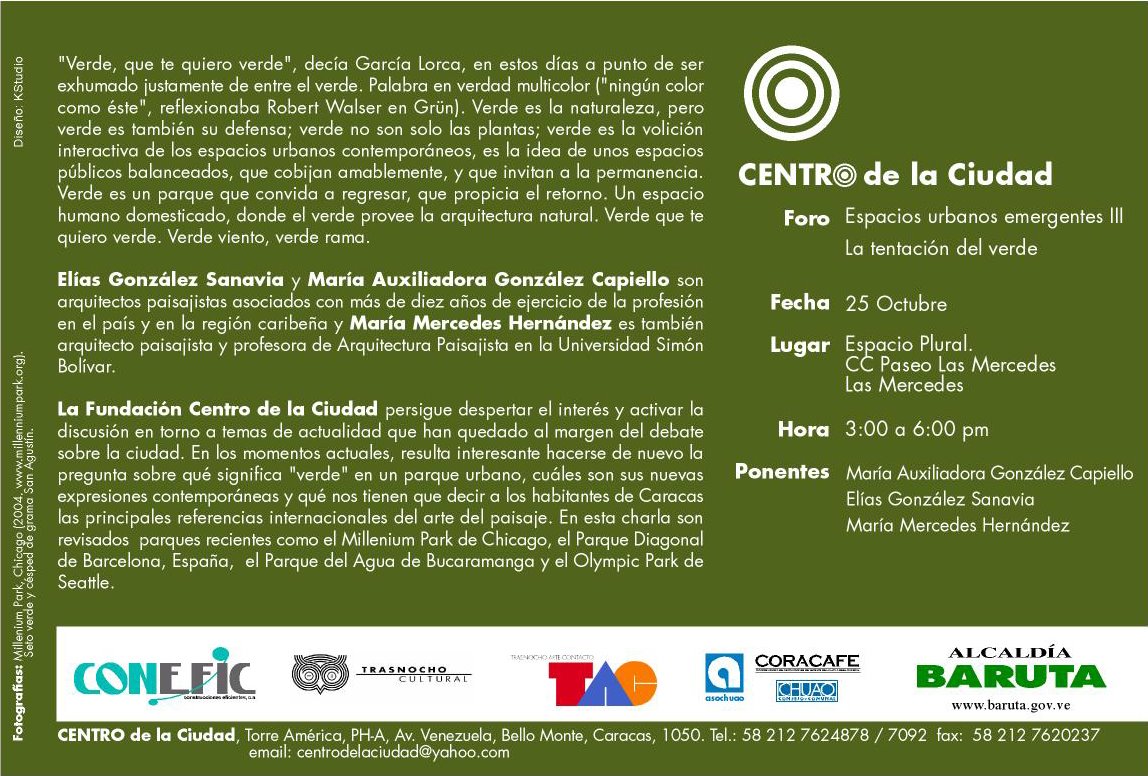 Fundación Centro de la Ciudad, through the Emerging Urban Spaces Forum III, aims to awaken interest and activate the discussion around the city. Within the wide range of spaces in the city we could start by analyzing the green in an urban park.

Integration of neighborhoods to the City.

Among the activities proposed by the SVAP, a walk was made through the old houses and gardens of the first Germans who emigrated to our country.

Guided by the landscaper Christopher Baasch. Along with Elías González, Diana Henríquez, (…)